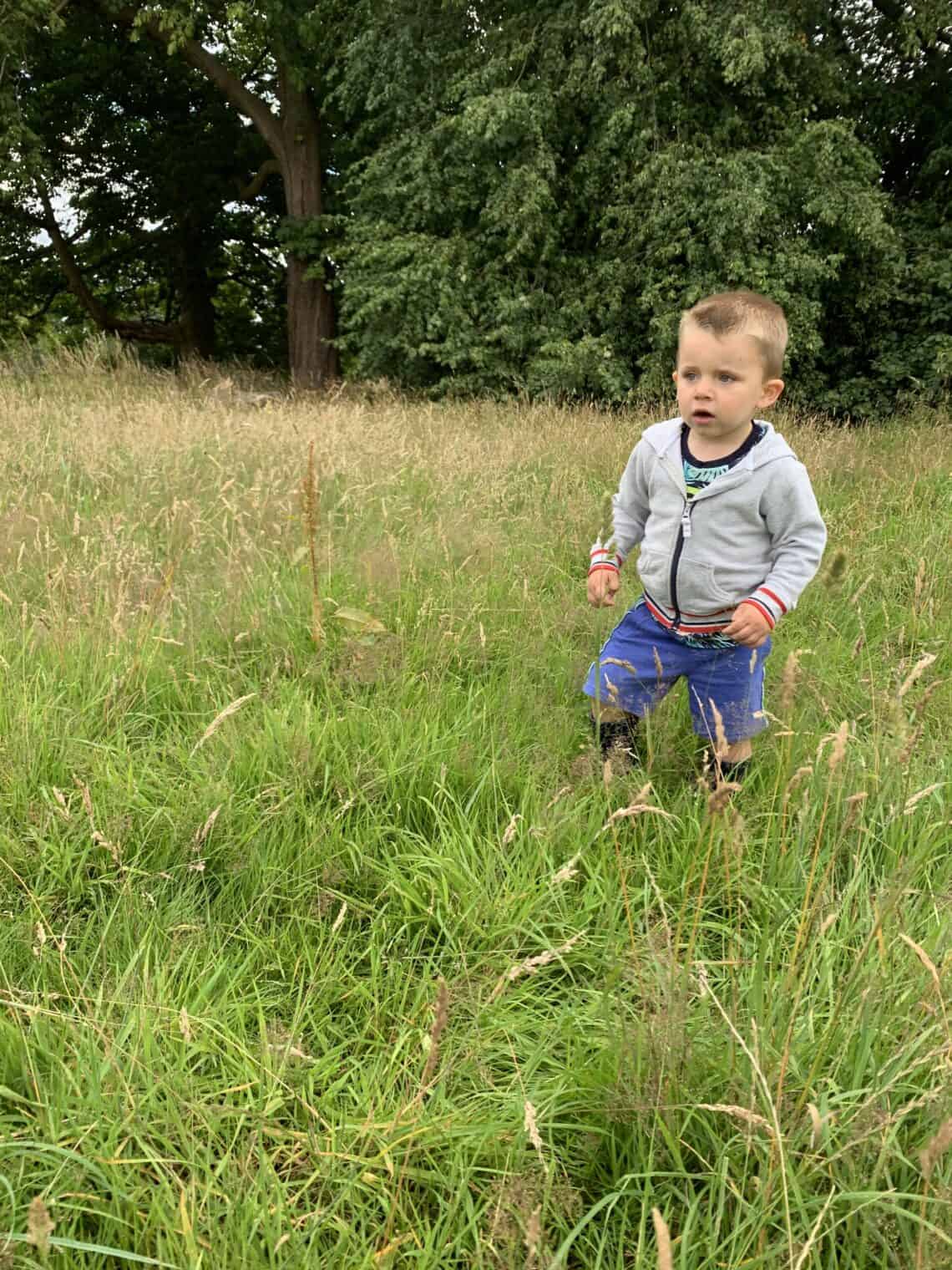 Just when we thought trips to the hospital because of Asthma was a thing of the past . Last weekend I ended up in hospital not because of Ava having breathing difficulties but because Alby was.

I will take you back to when it happened. As I know people have said in the past they have found it handy me describing to them what happened. The thing is with Asthma it can flare up at any time and knowing the signs that something isn’t right can really make the difference.

I had been out at a physio appointment and had come back in to both children snuggled up in blankets having a nap . Amazing 10 minutes peace I thought . I started to tell Jordan about what they had done to me at physio and Alby started to stir. As he rolled over his top came up showing his belly and chest. I know it’s winter and most children have vests on but Alby is a warm baby and being in the house all day meant he didn’t need one.

I noticed that as he breathed in I could see his ribs a lot more than normal . I went to him and pulled his top up a bit more and could see clearly that he was breathing really quickly and it looked like he was working really hard to breath. Without hesitation I called 111. I have had some people ask why I didn’t ring 999 . Simply because he was still breathing and having been in this situation with Ava a million times before I wasn’t panicked.

After a phone call to the lady at 111 she said she would send an ambulance out so they could check him over and make the decision to if he would need to go to hospital. 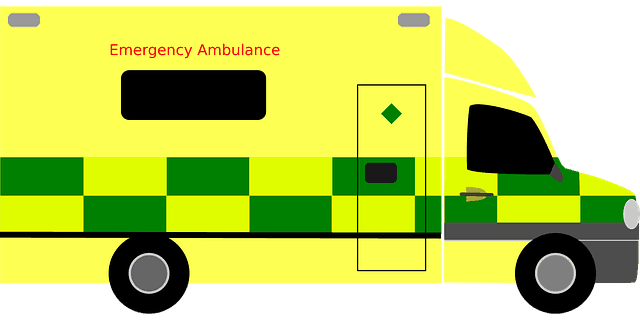 Within 10 minutes the ambulance was at our house . Alby was still breathing the same but was now awake and having a snuggle. The ambulance men came in and checked him over and they said they were a little concerned with how fast he was breathing . So they put him on a nebuliser which if you have ever had to do with a baby you will know how much hard work this is ! 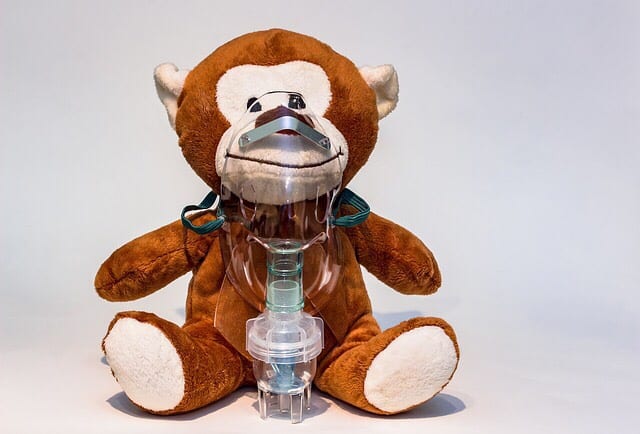 They listened to his chest which was really cracking at this point and said that he was wheezing all over . They didn’t think it was bronchitis but wanted him to go to hospital to be checked over.

They attached what I can only describe as a baby carrier to the stretcher in the ambulance so that Alby could sit on the stretcher. They did ask if we had a car seat they could use but as all our car seats are isofix they weren’t able to use them in the ambulance. Thankfully we only live 10-15 minutes away from the hospital as Alby wasn’t impressed with not being able to get to me . As I was sat on a chair beside him all he wanted to do was sit on my lap the poor thing.

We arrived at the hospital and I thought we would be seen straight away but to my surprise we were asked to go and sit in the waiting area. All I could hear was children coughing . The children’s A&E was so busy but it wasn’t too long before we were seen. 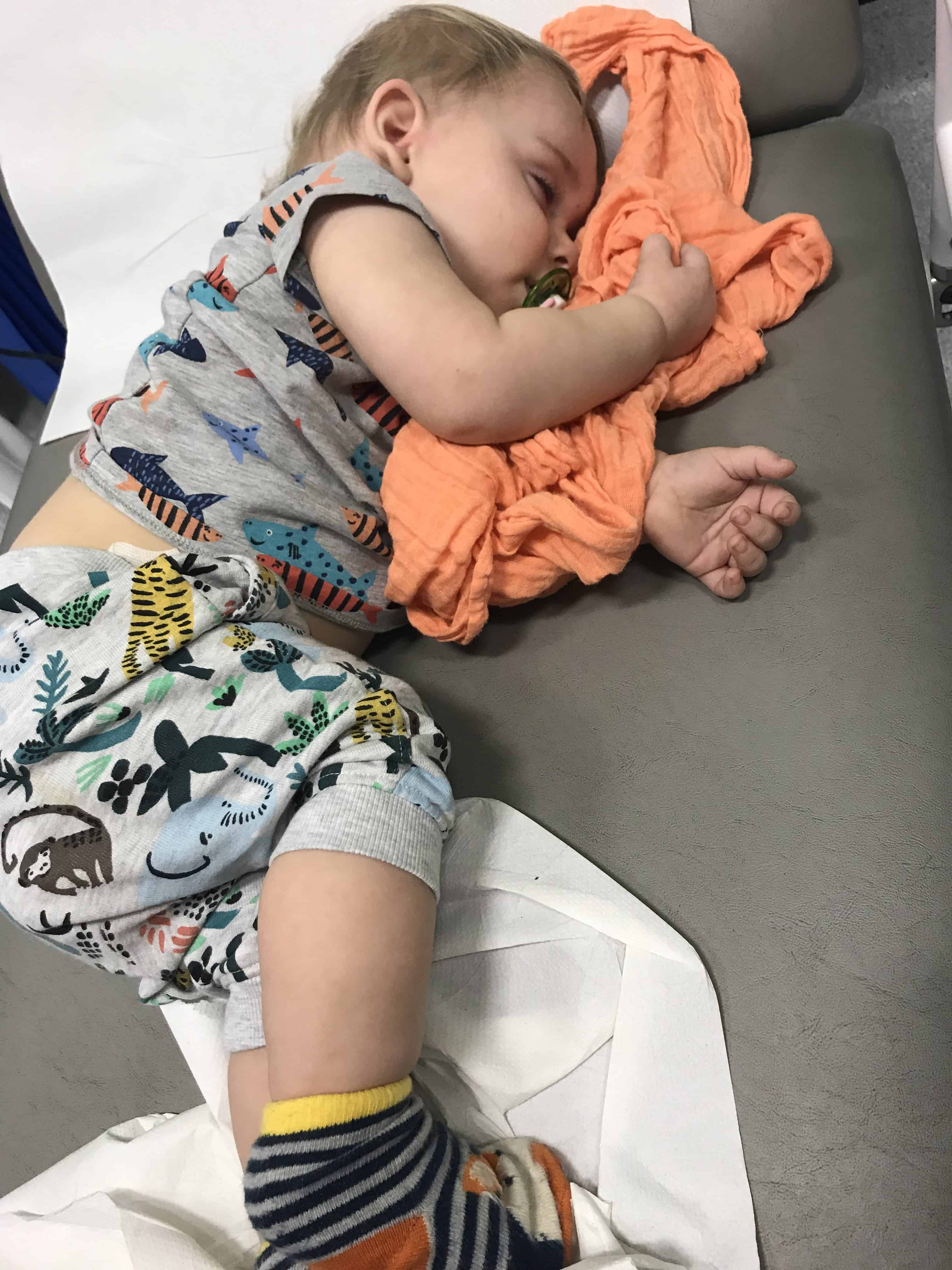 Alby started to get tired and as soon as we got into a room I popped him on the bed and he went to sleep. The nurses were able to do their observations on him and he didn’t wake which was worrying me slightly . They took his temperature and it was 40.2 which is really high. So they gave him some ibuprofen and we striped him down.

The medication started to work he was still wheezing but he was staying awake now and looking more like himself. They then got me to give him some fluid 10ml every 10 minutes. The juice they gave him was super sweet so he wanted more than the 10ml I was able to give him . Basically they asked me to do this to see if he kept the fluid down . Which after an hour of doing this he had and they were happy to discharge him.

We were given an inhaler and a throat spray to go home with. We were told to do a wheezing child plan . Which basically means everyday you have to decrease the amount and frequency of inhaler his he having. 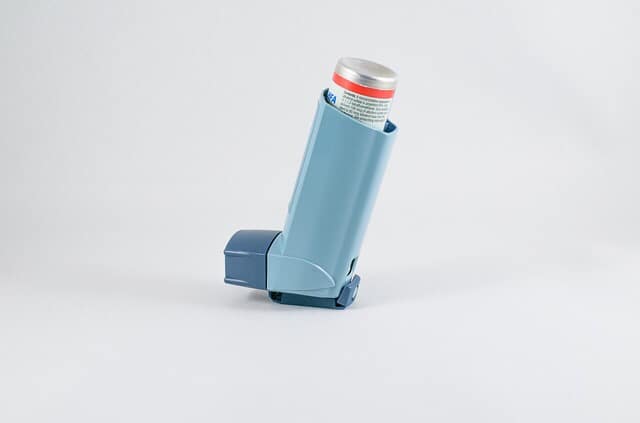 A week on his still got a cough but he isn’t wheezing he chest is actually pretty clear . His getting back to his normal self but is loving having more cuddles than normal . His sleeping a bit better. His still not 100% but he is so much better than he was.

People all week have been saying to me it must have been so scary going in an ambulance with him. You know what the scary thing is though it wasn’t . I’m so used to dealing with asthma that It’s like I just go through the motions. I know what needs to be done and I know all the next steps and I know it will be okay . Asthma is a horrible disease that can be life threatening. Knowing the signs and how to react can save their life .

I’m hoping we don’t have as many trips to hospital with Alby I’m hoping that if he does have Asthma we get the right medication and get it under control quicker than we did Ava. If you’re a parent of a child who has asthma you will know what a struggle it can be to get the right medication. My advice to you is never give up keep fighting as once you have it right it makes the world of difference and can save your child’s life.

Touching all the wood around me I wanted to let you all know that we now have Alby’s asthma under control. We haven’t had to go to hospital because of his asthma since this day . Which we are so happy about .

We have learnt now when he seems to struggle more with his breathing and needs his inhaler. We have just learnt to manage it . His needing his inhaler less and less now . So I think like his sister it’s something he might be growing out of . Obviously asthma never goes away completely so we will keep an eye on him. Especially when the seasons change as this seems to be when he needs his inhaler.

We are though however waiting to see if Alby will need to see an ENT doctor. Alby dribbles a lot which I know isn’t uncommon for children. Children generally dribble when they are teething. Alby however has all of his teeth and he is still dribbling . So the heath visitor said we may need to go and see a ENT doctor in London or hopefully Birmingham as that’s closer to us . To see what’s going on. Tosee if he will need some sort of surgery to stop the dribbling. So once we have had our appointment I will let you know what they said. 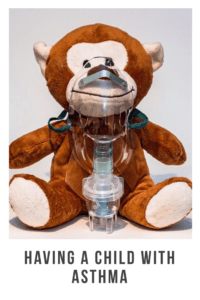 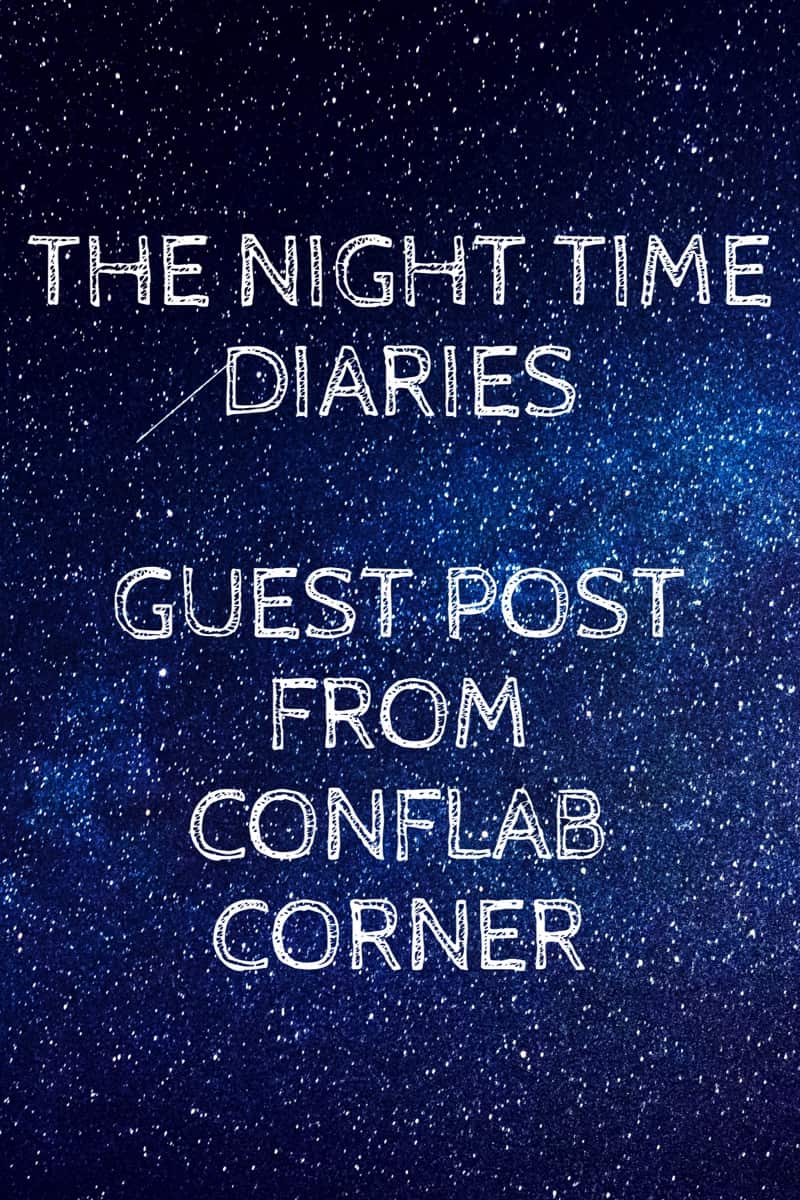 Today we got messy