Over the weekend we were thinking about what we could do for bank holiday Monday . One of our favourite places to go is , its a great place to grab a bargain and this is something we like to do.

The plans were made we were going to Cheshire oak’s, to those of you who don’t know what it is. Its an outlet for high end brands and also some high street brands where you can buy things at discount prices !!. Its also a great place to take the kids along as there are parks for the children to play on when they get bored of shopping . Also near by is an entertainment complex packed with things like bowling and the cinema. Also minutes away from both the blue planet aquarium and Chester zoo.

I had checked and double checked to make sure that we had got everything for Ava as the thought of forgetting something make me fell sick. I do this check and double check each time I leave the house !! its like a morning ritual now and don’t think I could not do it now. The one thing I had however forgotten is that I had no petrol in the car . when we can to out first petrol station on the journey we both thought that it was a little expensive so thought we would continue on to get it at a lower price. Well we drove another 19 miles only to find a petrol station that was 1p cheaper!!, well I guess every penny counts!!.

The journey took longer than usual and Ava decided that she was hungry so I had to contort my body so I could feed her . When we did eventually arrive at Cheshire Oaks the place was manic cars everywhere, I mean wherever you could think of parking a car people had done it. Finding a space in such a busy car park where you can get the car seat out is not normally not an easy task but lucky we stumbled upon a space pretty quickly thank god!. 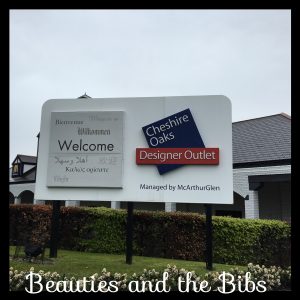 Like I said earlier we love to grab a bargain so this is our idea of a dream place with most places offering special outlet prices and also specific  outlet ranges. Normally we do pretty well, not today the only person to get something is Ava what a surprise !. 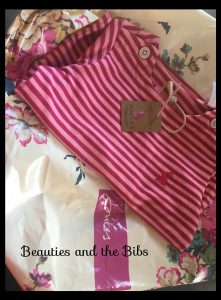 It may just be us but we found with one particular brand that the quality had changed and not in a good way. The material seemed a lot cheaper and didn’t seem to fit as nice and when your paying £30 for a top you expect a lot more than that!.

There was one particular thing that really did annoy me and that was the baby changing facilities. Unlike some places I have been to they were really clean so this was not the problem. The thing was that the nappy changing rooms didn’t include a toilet and if I was by myself and needed a wee there was no way I could of got her in the ladies toilets. Lucky I was with Jordan but It was annoying that I had to change her then take her to Jordan to then go back to go to the toilet myself. One thing I did like about the changing facilities thought was there was a vending machine type thing that you could buy nappies and wipes from . Like me the other day who went shopping ( I honestly dont shop all the time ) and forgot to pick up the wipes , this would of been very handy !.

So yes we didn’t get any great bargain for us but the main thing about today was family time . With Jordan working lots to make sure that me and Ava have all that we need . We don’t get to see him much so having the whole day with him was fab and the sun did show an appearance :). 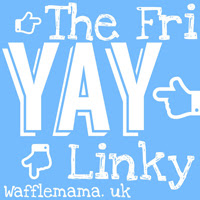 Today she turns two where has the time gone ! 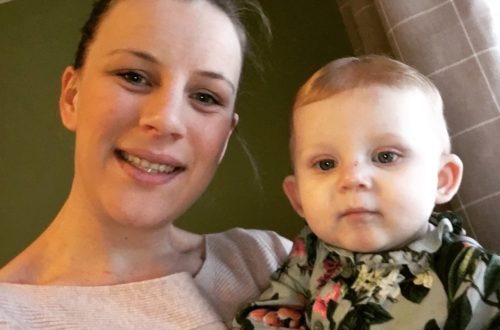