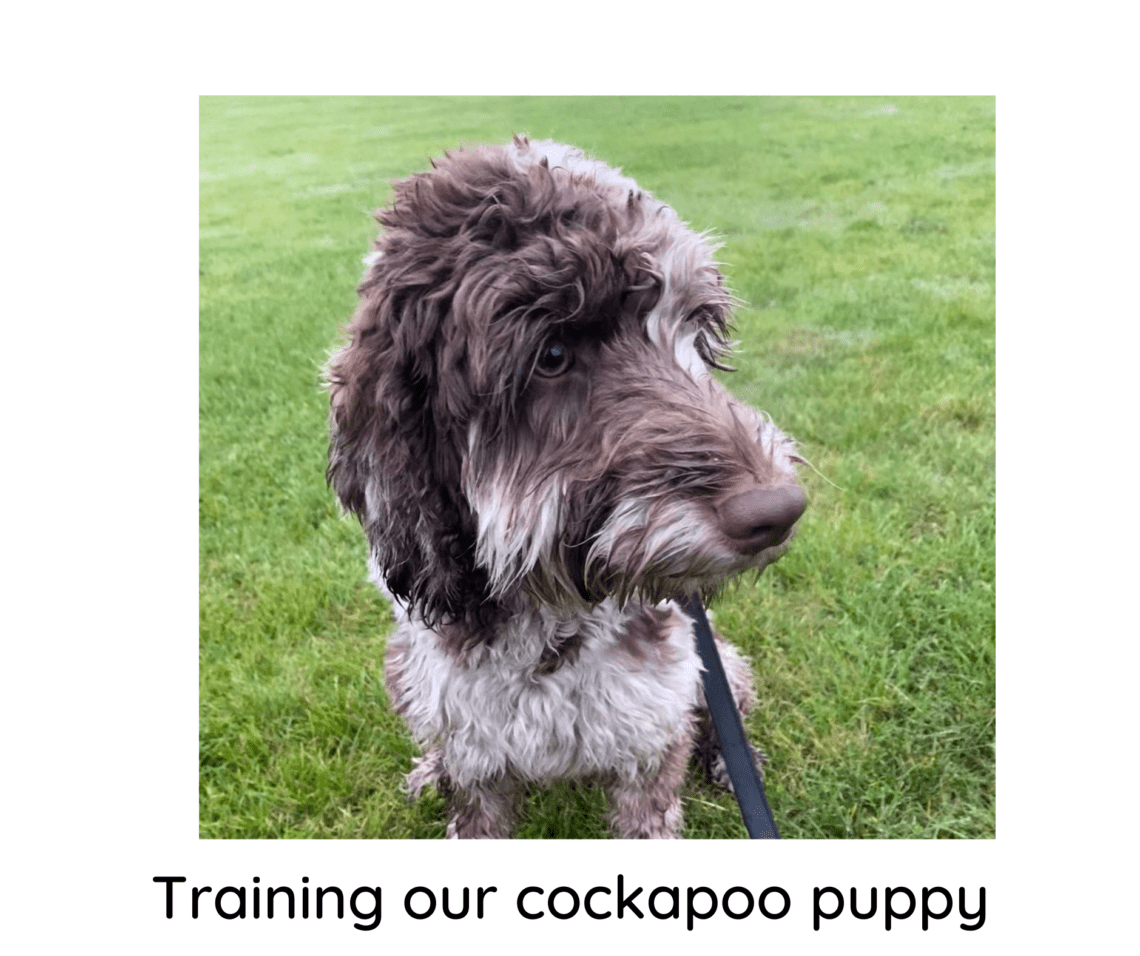 We’re nearly a year in now to owning a cockapoo puppy so I thought I would share with you how it’s been.

Starting right at the start

The first night was like bringing home a newborn baby, Luca our cockapoo puppy did not want to be left in his crate alone. Our next-door neighbour actually came round in the early hours of the morning asking us to quiet him down. Which resulted in us on the first night having to take him out of the crate and sleep downstairs with him.

Like with anything I’m wanting an answer for I headed to Google. After reading many websites and blog posts on the subject I came across a really random video on YouTube. It seemed so bizarre but I thought we would give it ago. See the video below.

We decided we were going to put him in his crate whilst we were still downstairs and use this technique. It took me all of 20 mins to get him settled and then I sat and watched some telly whilst he slept in his crate. Before I went to bed I let him out for a wee and did the technique again and he slept straight through till 7 . Which when you have kids is a good time of the morning.

We had to do this for about a week and then after that, he was fine, no crying at all when we put him in the bed. I had to do the technique for less time each night and by the end of the week, I didn’t have to do it at all. Once we had about a week of him not needing me to do it. We kept him out until we went to bed and we haven’t looked back.

Another thing we did was put a small alarm clock in a sock in his crate. This is meant to sound like a heartbeat and soothe them. We had this in his crate for quite a while until he started to get it out in the day and mess around with it then we knew it was time for it to go.

Leaving our cockapoo during the day

Many things we read before having Luca mentioned that cockapoo puppies and grown dogs can have separation anxiety and don’t like being left. So we left him in his crate and went out during the day on the second day of having him. We did get a ring camera so we could look at him if we wanted to.

Thankfully we’ve not had any issues leaving him. I think he actually quite likes the peace and quiet. On the odd occasion, he has barked whilst we’ve been out and we’ve seen it on the camera. We would talk down the camera doing the sound from the YouTube video above and he would soon quieten down.

One thing we have found is that Luca likes to have is some music on when we go out. In particular Heart ’80s! don’t ask me why but one day I put a different station on and he was not happy about it at all. Along with music, we have found he likes it to be really dark as if he’s going to bed. He also likes a blanket to be over his crate so it’s extra dark.

We’ve been really lucky with this. Luca doesn’t have separation anxiety at all. This could be because we left him early on or it could just be his personality it’s hard to tell. My parents had a puppy from the same litter and she’s not so good at being left so it’s probably luck of the draw and the fact he had to get used to it. With us going to work, the kids going to school/ nursery.

We did have some issues with Luca nipping when he was very little. This was mainly directed towards Alby. He would get the back of his legs pretty regularly. So it was something we had to address. I was given some advice to include the kids in his training. So this is what we did, whenever Luca got too excited we would calm him down with some training. The kids would get the treats and do the different tricks with him. Not before long, the nipping had stopped.

chewing and eating things he shouldn’t

If the kids are to drop something on the floor that Luca knows he shouldn’t have he will be there in a flash to get it. Luca likes to chew anything that belongs to the kids many a barbie hand has been chewed by Luca. He’s also had a go on a few cushions and also likes a sock or two. Thankfully though he has never tried to chew anything of great value like the sofa or the table leg.

You can buy sprays that have worked with our other dogs in the past to stop them chewing things and we have found them to work. Sadly with it being the kid’s things he mainly likes to take were not able to spray them with stuff as we don’t want the kids having it all over them.

As Luca gets older we are finding he listens so much better when we tell him to leave something. He’s becoming more interested in his bones than the kid’s toys. So I am sure as he gets older he will get better and less interested in the kids things.

Letting our cockapoo off the lead

One of the things we did a lot of when we first has Luca was recall training. We started just in the back garden, letting him run around and then calling back. When he listened we would treat him, when he was doing this consistently we then moved on to doing it in public. We started with a training lead on our local field. There were more distractions like other dogs and people. So this took more work to get him to listen. We changed up the treat we had and made sure we had something that he really liked and wanted like cheese.

Once we had built confidence and knew he would come back we took away the lead and let him be free. Letting him explore and then call him back. Luca now is pretty good off the lead he does get distracted when he sees other dogs to play with but don’t all dogs.

The only problem is we haven’t had him off the lead for a while due to life really. I often walk Luca with the kids in tow and I don’t like to have to focus on them and Luca off the lead. We haven’t been able to get over to the open fields he likes to run around. We have been going to more national trust places which are lovely but they don’t like dogs to be off the lead. So It is definitely something we need to work on consistently.

My parents had a cockapoo puppy from the same litter called Daisy. She is regularly let off the lead and her recall is amazing. They did the same technique as we did but they are just more consistent. So it just proves consistency is key.

Luca has been the perfect addition to our family he is loving and daft. He is really sweet-natured around the children. However, having a puppy is like having another child and one that ties you to your home. This did take a little bit of getting used to. I changed my hours at work so that he wasn’t left that long and it’s now something I always have to take into consideration when planning my day.

The positives however really outweigh everything. Having Luca has given me the kick I needed to be more active to get out of the house during the weekend and take him on long walks and you know what I love it. Walking Luca is one of my favourite things to do as I generally do it when the kids are in bed. This means I can walk listen to a podcast and just have some me-time. Which after a long day at work is what’s needed. I didn’t realise how much I needed a Little companion but now he is with us I can honestly say I wouldn’t be without him.

Have you got a cockapoo puppy? How have you found training them? 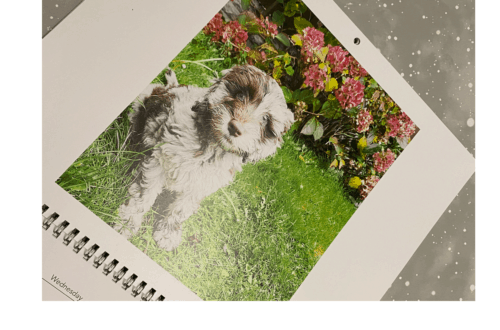 Dummy ! why I chose to give my children one