In collaboration with Emily J

The Midlands is often left out of the debate between what’s better between the north and the south. However, whether you’re in the east or west midlands there are loads of things to be proud of and worth celebrating, so while northerners and southerners battle it out, the midlands will continue getting more and more awesome each and every day. If you find yourself in the middle of the “what’s better” debate, here are a few pointers that will leave your opponents speechless.

U.S.A
This pointer will work wonders if you’re debating an American. Let the U.S native know that it was a group of midlanders from North Notts that originally came up with the idea of sailing away and making the concept of the Land of the Free, reality. They were English puritans seeking the new world- now known commonly as the Pilgrims and they sailed on the famous Mayflower. 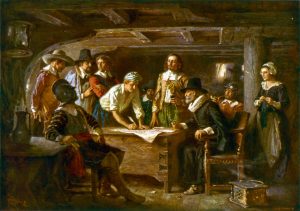 Olympians
She goes by the name of Rebecca Adlington, and she is one of the UK’s most decorated Olympian. Born in Mansfield, Rebecca was a leading athlete in her field, and is now a popular sports presenter- a great point to boast about when talking about the Midlands.

Life and career benefits
Derby was voted in the top 3 places to live in the UK, and though some were surprised, they shouldn’t have been! People seeking a new career are that fit their specifications, and the life that comes with living in Derby is just as great. With its rich art and cultural scene (like the QUAD gallery), Derby is leading the way for the Midlands in both career and life benefits! 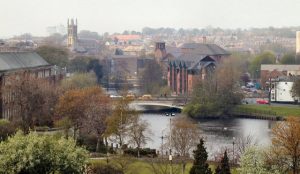 Robbie Williams
You might know him from his time in the band Take That, or even more so from his brilliant solo career afterwards, but you most definitely know who Robbie Williams is. However, few of you may know that Robbie is a true Midlander, and perhaps one of the reasons that he has had such great success! Hailing from our very on Stoke-on-Trent and has even set up a charity to help disadvantaged people from his hometown.

Scenery & Lord of the Rings
Whether you’re walking through Foxton Locks in Leicester, or Beacon Hill (Leicestershire), or even hiking around the vast and wonderful Peak District National Park, you’re in for a thrilling ride. Whether you drive from one beautiful landscape to the next, or take the train, the sceneries are one of a kind. Furthermore, you may or may not recognize that most of Tolkien’s novels contain locations with close connections to the Midlands. This is because the famed author grew up in the Midlands (first Birmingham, then Worcestershire) and much of the scenery in the books was inspired Midlands– the Malvern Hills were the inspiration for the White Mountains of Gondor! 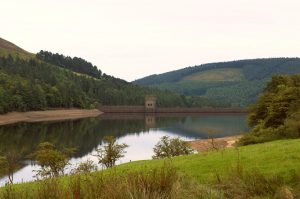 Chocolate centre
Everybody loves Cadbury’s chocolate right? Indeed it tends to be one of the most requested goods expats living elsewhere in the world request to have brought over for them from England. With its factory based in Birmingham (tours through the factory are a sweet possibility), and more specifically in the Bourneville area of Birmingham (so yes, that chocolate is indeed named after this area), the Cadbury empire is a delicious advantage when people take out the “what’s in the Midlands” card. 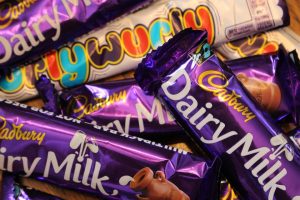 These are just some of the many things to celebrate about the Midlands- everyone has their own specific reasons but it’s certain that the Midlands shouldn’t be overlooked as it is quite literally the centre of the country. So next time you’re running out of ideas, make sure one of your proud Midland points is one of these- they definitely won’t know what to say back!

Doctor’s make you feel so stupid !!