My first day back at work is done . If I’m honest it doesn’t feel like I have been away from the place . Some staff may have changed but it’s still the same place. I will say I’m one of those people who likes to go to work . Although my job is challenging I do really enjoy doing what I do.

I really had that Sunday feeling yesterday it was so odd . As I hadn’t felt like it in such a long time. I can never sleep on a Sunday night when I’m at work the next day so I did wake a little tired today . I’m not sure what it is but I always have so many things whizzing around my head on a Sunday night when I’m at work . Thinking about things I need to do or what I need to take with me .

I did read somewhere that you should put a note pad by the side of your bed so you can write these things down . Which will then hopefully settle your mind so you can go to sleep. So this may be worth a try.

Alby woke whilst I was getting ready this morning but chilled out nicely in his bed . Which meant I was able to get ready without having to wrestle my hairbrush off him. Ava just sat In our bed a watched telly so she wasn’t a bother either 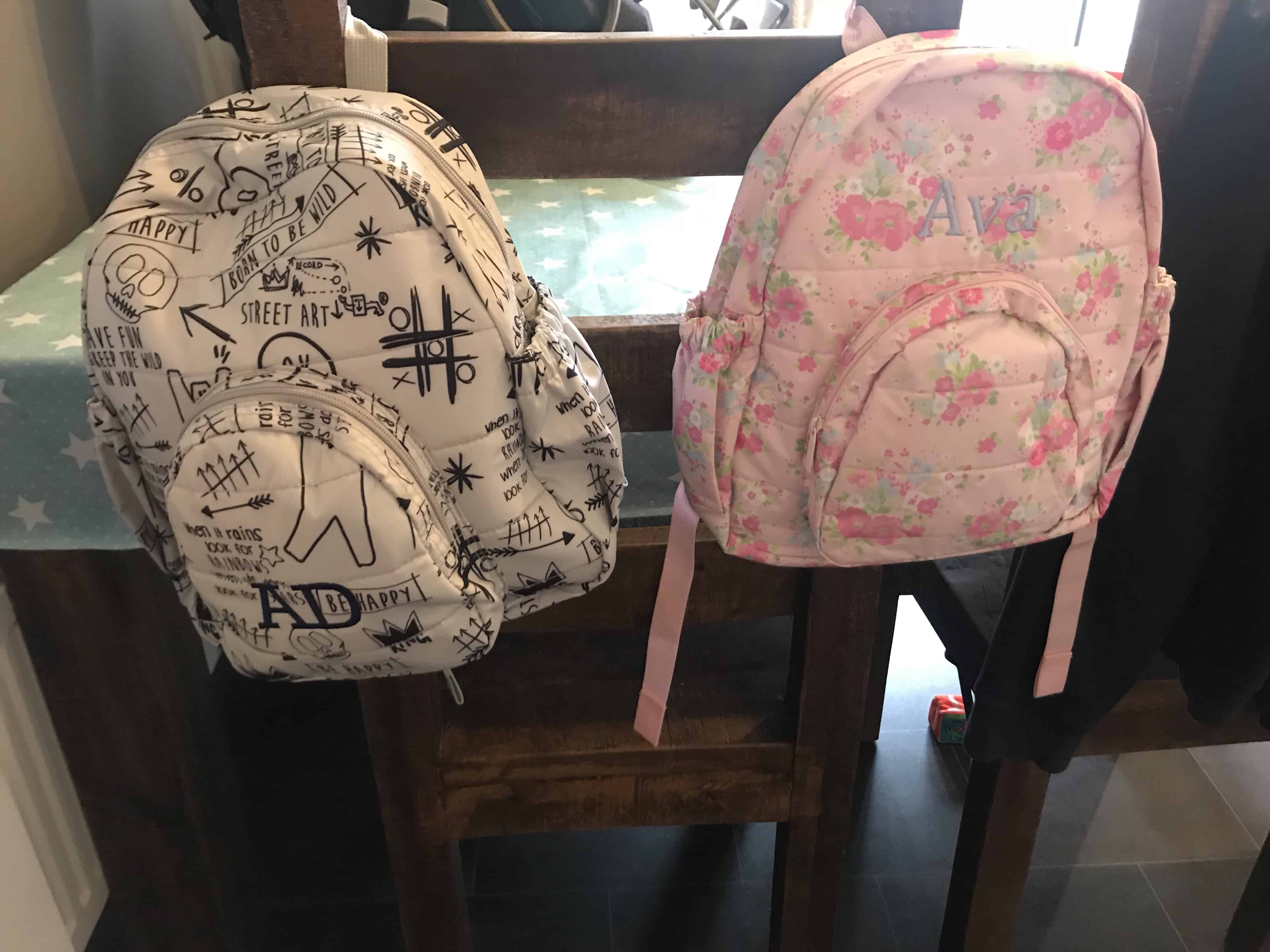 Being organised really helped me . As I had packed all bags including my lunch last night . I had also put mine and the kids clothes out ready so I knew what we were all wearing . Which meant no time was wasted picking clothes . Which some days when I feel self-conscious this can take me a long time.

We were actually out the house and at nursery early . Which was great as it meant I was able to settle both kids in properly. I didn’t have to drop and run .

How I found being back at work

Being back at work has actually been really nice . I have been able to use my brain in a way I haven’t used it for some time . I had adult conversations that weren’t about the kids. I had multiple hot cups of tea uninterrupted and I was even able to have a wee in peace . Why didn’t I go back to work earlier  it’s like a retreat this is . Obviously my first day is going to be easier than the rest as I’m just getting up to date.

How the kids found nursery

My day really went fast so quickly before I knew it. It was time to go get the kids . I went to get Alby first and they said he had an amazing day . Which I could see from his face was true . He just looked so happy and content. It did make me laugh thought I was watching Alby play before I spoke and he was happy as Larry playing with the other children. I spoke and he broke down as if to say mommy I have missed you honest ! Little monkey.

I was amazed the girls managed to get him to have two good sleeps. He had also ate all his lunch and snacks which I knew he would as this boy loves food. He had also done some Shaving Foam Glitter play . So he is now covered in glitter . They also said he did keep trying to eat it so that’s going to be interesting next time he does a poo.

Ava I didn’t have any worries at all about as she is just so easy-going . The girls said she was amazing and you  wouldn’t have known it was her first full day . She ate a little bit more food this time thanks to one of the girls sitting with her and encouraging her . So that’s a bit of a weight of the mind . As I was worried she was going to get hungry.

They said she was so funny . Greeting everyone at the door and asking if they were okay . Which is nice to know she was her normal confident self. 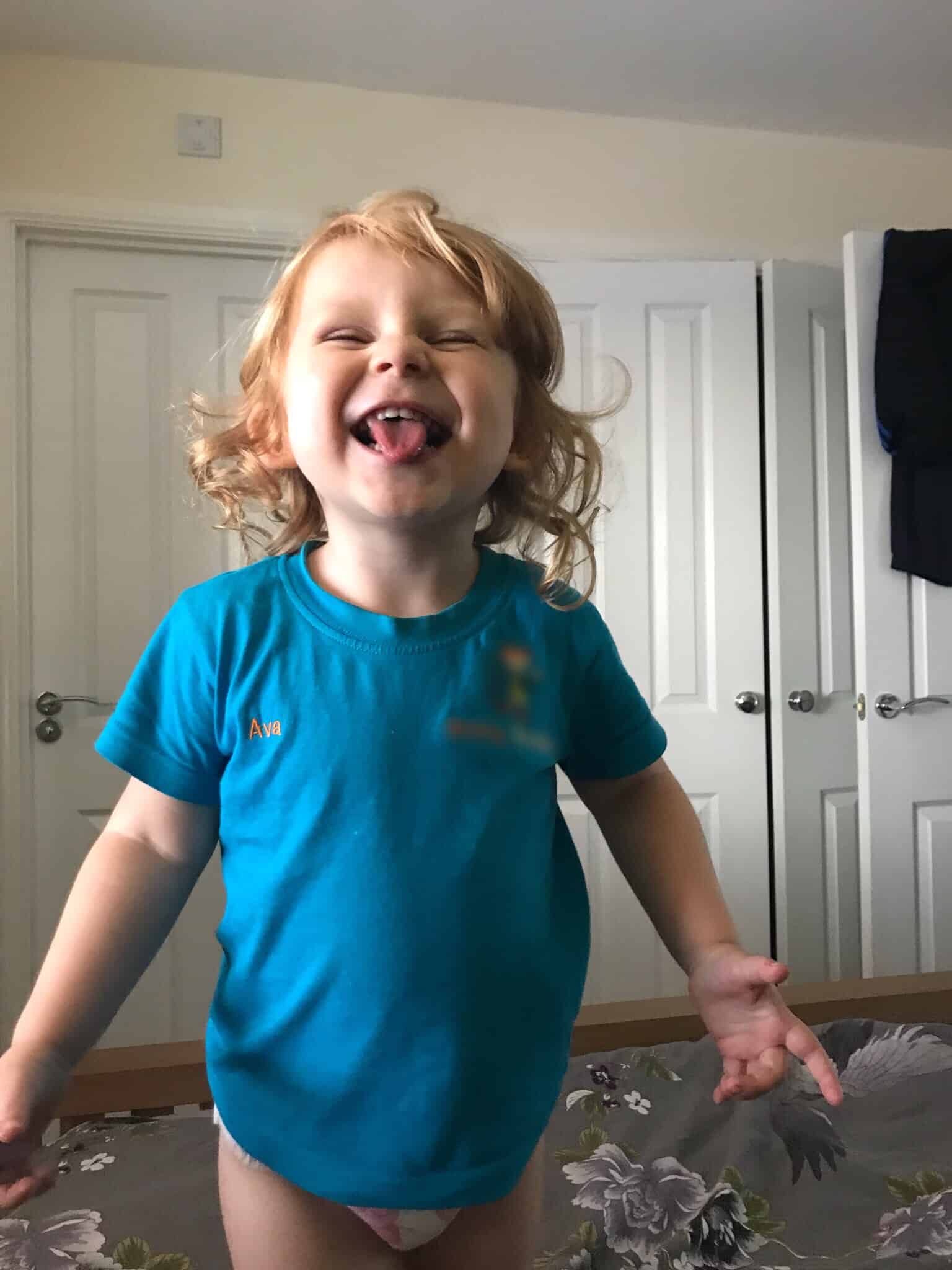 So all In all its been a pretty good day . Both kids had a lovely time at nursery . I have had a productive first day back . The biggest bonus of all is that they are both shattered so early bedtime I think . I just hope they both sleep in. As I’m shattered from not sleeping last night and a 5am wake up is not what I need. 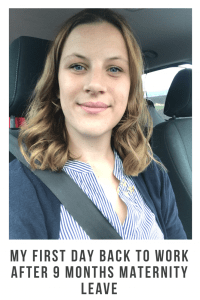 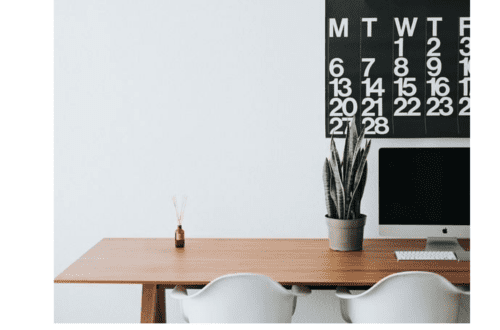 4 Things Every Parent Needs in Their Home Office

A letter to Ava

The Wonder Weeks : A stress-Free guide to your Baby’s development: review and Giveaway