Having children is bloody hard , even if your one of those carefree parents from time to time it’s got to be stressful. As soon as I had Alby I had people asking me if I was having anymore . This time I felt so different I knew I was done after two . I didn’t and still don’t now feel like I want any more children. 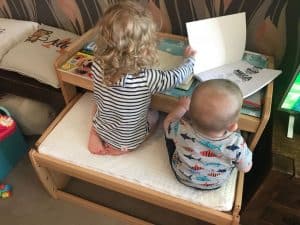 I have found going from one to two harder than I expected. Ava still wants all the attention and finds it hard at times when she doesn’t get it. This normally results in a temper tantrum . Which I completely understand why she is doing it but gosh they are draining.

Alby is such a hard baby as well I think if I had had him first it would’ve taken me a long time to come to terms with having a second. His just in to everything and ;