Since Alby has been born we have used the Knuma Huddle of a night time . It really has made the nights so much easier . I can honestly say I have had very few nights where I haven’t had a decent amount of sleep. If I need to see to him in the night it’s been easy as his right next to me. 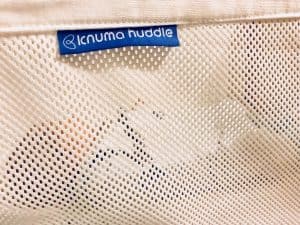 Sadly the time has come to convert the huddle from the bedside crib to the desk and chairs . I say sadly it’s kind of a bitter sweet. I’m looking forward to using it as a desk and bench but then I’m going to miss having Alby next to me at night.

It really has taken some getting used to not having him next to me at night . I’m missing having him next to me more than I thought I would . I’m finding it’s taking me longer to fall asleep at night . As I’m listening out for him more . I also lye there thinking what’s the betting if i fall asleep he will wake up and I will have to get up anyway. I can find myself lying there for at least an hour .

As the week has gone on I have found it’s getting easier not having him next to me . That sounds so sad it’s not that I cannot bear to be without him it’s just that I’m so used to having him there . Unlike when Ava was little I have found his little noises whilst he sleeps quite comforting . It’s nice to know his there . When Ava was little I moved her into her own room really early because I couldn’t stand listening to her breathing heavily and making noises in her sleep . I know that sounds really bad but these noises used to keep me awake along with Jordan’s snoring I was getting very little sleep.

How Alby found transitioning from the bedside crib the his cot

The last week transitioning from the Knuma Huddle to the cot has been hard . I have been very tired and it’s took Alby some time to get used to it . The first thing I have found is that he really doesn’t know what to do with all the space . He rolls and rolls around in his sleep . Which can wake him up .He then looses his dummy and blanket which can wake him up. He is woken up by noises which he wasn’t before . He has become a lighter sleeper for sure .

I think he misses me I know that probably sounds really silly but think about it for the last 8 months he has fallen asleep looking at me . If he woke in the night I am next to him . Or if he just opens his eyes to find his dummy I am there . Before the transition to his cot I was getting a full nights sleep this last week I haven’t it’s like having a new born again .

I’m having to sit in his room whilst he has his milk . Which I haven’t had to do before I would normally use this time to give the upstairs a tidy . I then have to sit with him until he falls asleep otherwise he will scream and scream . His not one of those kids you can leave to calm down . As he just doesn’t calm down . I used to be downstairs watching telly at 7.10 with both kids fast asleep . Now I’m lucky if I’m downstairs at 8 . It takes him so much longer to fall to sleep .

It also doesn’t help that at the same time as using moving him to his cot . His learnt to climb and stand up holding onto the bars. Which means I’m constantly having to put him back down until he eventually he stays put and goes to sleep.

I’m hoping that it’s just going to take some time for him to get used to it . I need my sleep I’m so used to having a good nights sleep it’s really a shock to the system . He has got better since we first put him in his cot so I’m just hoping it continues . I was really hoping I would have him sorted in a cot by September as his going to nursery . I’m not sure he will be completely there so sorry nursery he may be hard work at sleep times .

If I was to do it all again I would still use the Knuma Huddle for sure for the same length of time I have used it for . I have had much more sleep with Alby then I ever did with Ava . We haven’t resorted to co sleeping which I’m actually pretty happy about .  As 2 adults and 2 kids in a double bed wouldn’t be fun .

Maybe I should of made more of an effort putting him in his cot for nap times. Then it wouldn’t be so different for him. I dont know about you but with Alby he doesnt have such a strict routine like I did with Ava. I let him sleep where he wants to normally this is on the floor. I know that sounds really bad but he crawls find his dummy and his blanket and goes to sleep. So I assume he is comfy so I just leave him. Plus second children have to fit into life. It’s hard to make your life fit around them as you have other children to see to and deal with. 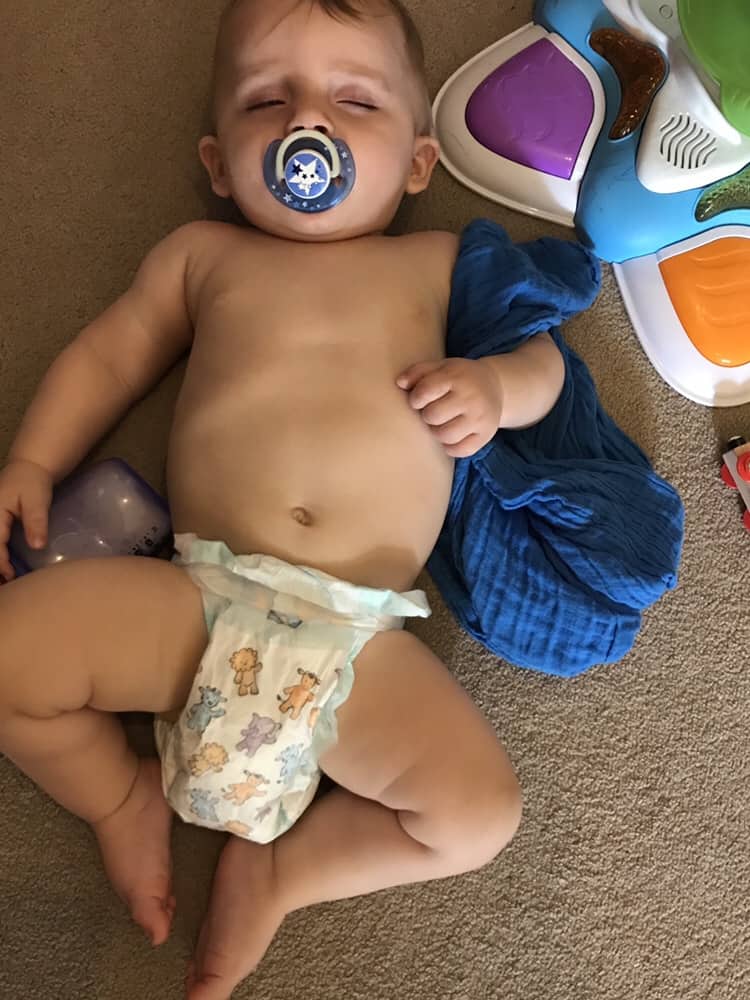 As I’m writing this post we have been putting him in his own cot for just over a week and it has got easier. Last night he slept from half 7 to 3.30am he then had a bottle then slept till 7am. So really that’s not too bad. 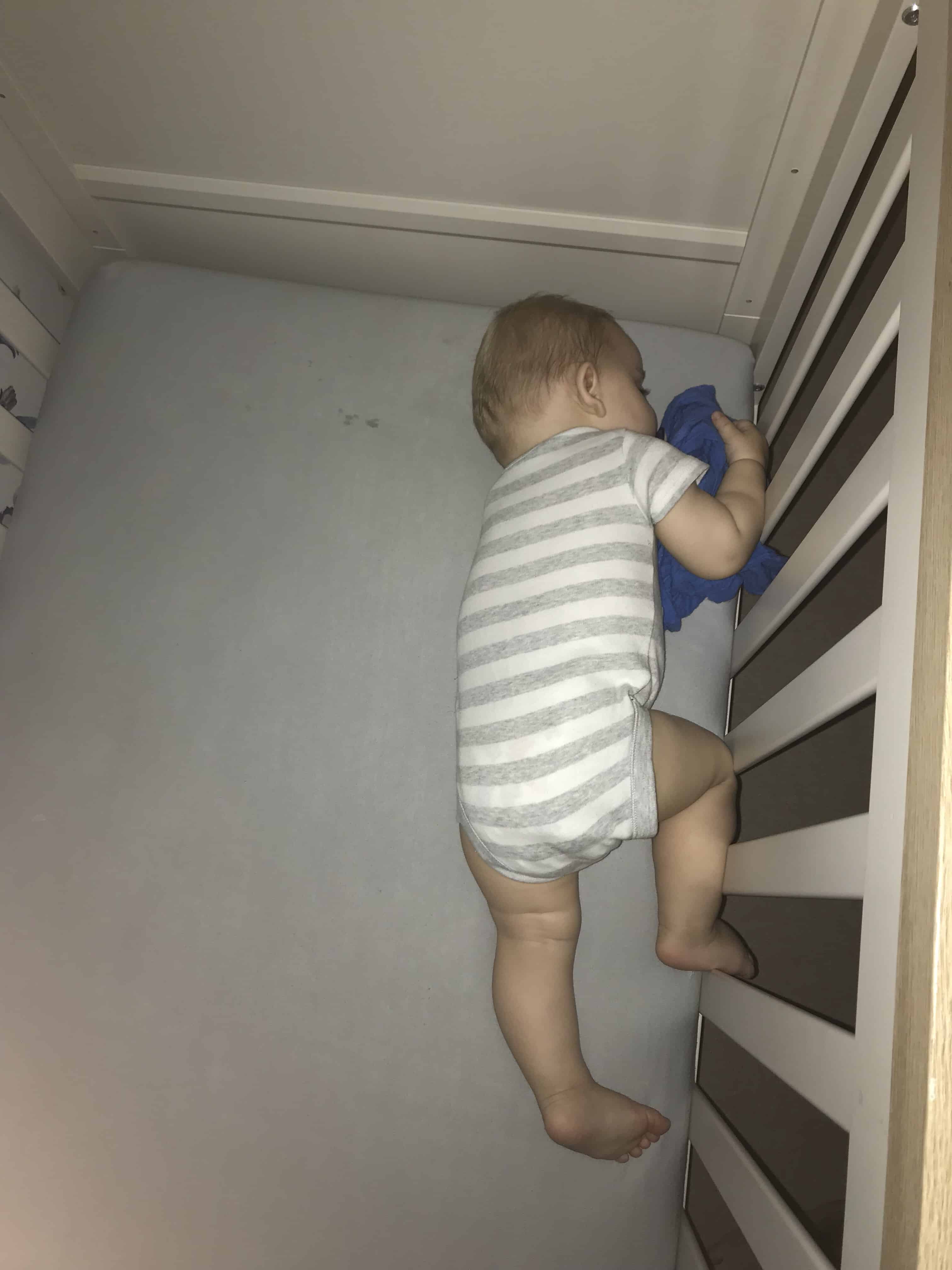 My top 10 baby buys that are actually worth the money