For decades the children’s playroom was a place of years gone by, a hangover from the Victorian age that was only seen in homes that had plenty of space to spare. Now, while giving over an entire room to play is not a choice that’s open to everyone, a playroom is jumping to the top of many homebuyers’ ‘would like to have’ lists. Is it time you cleared a space of your own things and signed it over to the younger members of the family?

Do you already have a playroom or perhaps dream of clearing the kids’ clutter all into one designated place? According to new research from LV=, if your property possesses a playroom you should consider yourself really rather posh, in fact, a step beyond middle class. That’s because just one in seven or 13% of Brits have one, though that number is slightly higher than another space that could be seen as a little superfluous – the walk in wardrobe, which came in at 11%.

While playrooms may still be a moderately rare commodity they are most definitely in demand with many homebuyers prioritising space for the kids when it comes to planning property layouts or making new purchases. Over in the US reports suggest that many families are now prioritising the playroom above other traditionally sought out home features such as a backyard or home office and the LV= survey suggested that . So, what is fuelling the growing demand? Along with a desire to ring fence the chaos created by kids when they play, far fewer children are able to play out unsupervised in their own neighbourhoods compared with day’s gone by. Putting these two factors together means adding a dedicated playroom is a logical step. However, in many cases the spaces that are emerging are more than merely places to put the Lego and playdough, playrooms are now fully fledged activities areas with equipment for arts and crafts. Some are even heralding the arrival of the art room as the new playroom. 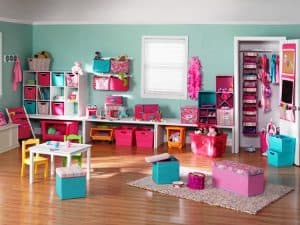 Kitting out your space

If you were to sacrifice your study or your spare room to create a kids’ corner, what kind of things would you kit it out with? While it’s nice to be able to shut the door on the mess, having good visibility of a playroom means you’re more likely to be able to leave older children to safely self entertain. Bi-fold doors can be a welcome feature as they can give you a great view of the play space while also allowing you to shut off the area and minimise spread of noise and mess.

These folding doors from Vufold can be fitted with a bottom track for easy opening. When it comes to window dressing, blinds are great for allowing in lots of natural light, but don’t forget to check they meet child safety standards and are fitted with appropriate cord tidies to minimise the risk of accidents. Laminate or vinyl is an obvious choice for flooring as it’s far easier to clean up any spills from crafting, though you’ll likely also want to add blankets, bean bags or rugs so there are plenty of soft areas to sit down on for more active play. 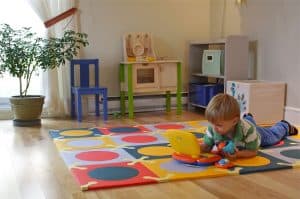 A play table that doubles as a surface for crafting is an absolute must in a playroom and many plastic designs are sturdy as well as inexpensive. If you have budding artists amongst your midst you may also want to consider adding easels to help build their confidence. A blackboard and chalk gives an extra surface for exploration and if you opt to use blackboard paint on furniture or directly on your walls you won’t need to give up any floor space to make it a feature. Whether you’re working with a smaller or larger space, clever storage can make a massive difference to the use of the room by allowing you to fit in more equipment and encouraging organisation and tidiness to aid future play. Alongside traditional storage boxes, chests and shelving that can be decorated to fit the theme of your room there are now lots of clever space saving products like storage chairs that help you maximise use of space.

Do you have a playroom in your home or dream of the day when you may have enough space to do so? If you’re house hunting at the moment, is it on the list of features to look out for? Leave a comment below. 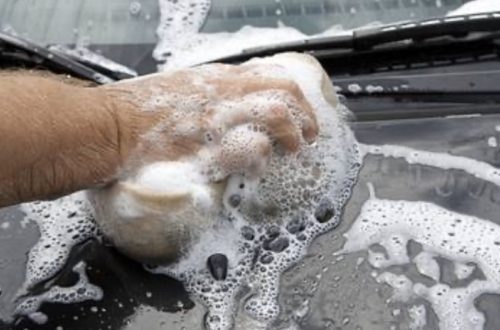 Smart tips to keep your car road-worthy during lockdown 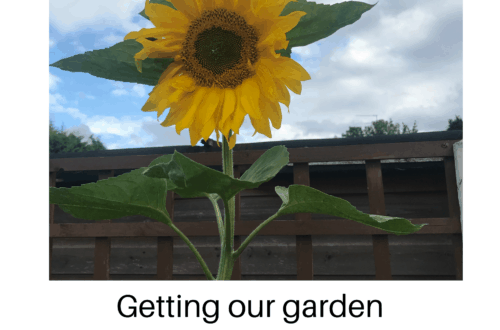 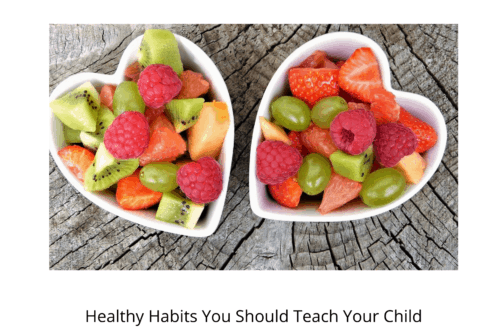 Healthy Habits You Should Teach Your Child