We were sent the So Slime DIY colour change slime shakers for free in return for an honest review. All opinions are my own

Slime is just one of those things that kids love. They love to get all messy and cover everything in sight with slime. A while ago now we reviewed the So slime DIY case which Ava absolutely loved. This time we have very kindly been sent the colour changing Slime. Which Ava was over the moon about especially as it has little unicorn toys inside.

Just like the other Slime Kits from So slime. This slime is really easy to make and takes around 5 minutes to do. You simply open the pot and inside is a silver package with everything you need to make your slime.

You start by putting the coloured powder and the glitter/ confetti into the pot.

Then you need to add some water. I like the fact that it just says fill to the line. Which was really clear to see so Ava was able to do the whole thing herself. Which she loved she is such an independent little thing.

Once filled up to the lined you just need to shake it . You will start to hear the mixture change consistency as you shake it once it sounds more solid/ gloopy you have shaken it enough. Then leave it for around 5 minites for the mixture to fully turn into slime.

From previous experience we have learnt it is important to leave it for the 5 minuites. As if you go and open it too soon the slime isnt yet fully formed and can be more of a runny consistency. Which is just no fun at all, especially when your having to clean us gooey glitter off the table top.

After the 5 minuites have passed the slime will be ready to play with. Ava got stuck straight in hiding her unicorn in the middle of the slime. Getting her hands right into the pots.

We then went about mixing the colours. Now if im honest this was the thing I was most intruiged about.We got the slime from the blue and the purple pots and started to mix them together. Slowly but surely the slime started to turn pink.

How to clean up the slime

So Slime is so easy to clean up. I find it best to get some hot soapy water in a small bowl. Then using a cloth I pop it in the hot soapy water and then wipe over the table. The slime comes away really easily and doesnt leave any marks or sticky residue. I will say the sooner you clean it up the easier it is to clean.

The only mess that we did have from using the So Slime was the glitter and confetti. As a lot of it missed the tubs when Ava tried to pour it out the packets. It would have been easier if the packets were more of a cylinder shape but its no issue.

Once your little one is finished exploring their slime. You simply pop it back into the pots ready to enjoy another day. The air tight pots keep the slime good to play with for a good while. Just keep in mind to check it before your child uses it as after some time they do go a little funny and not that nice to play with. 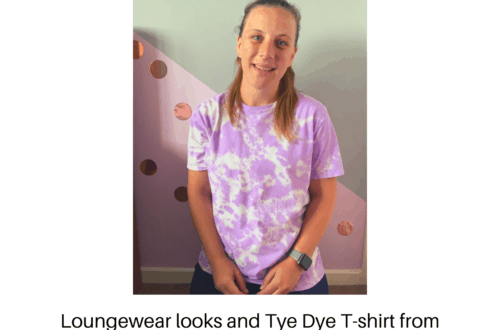