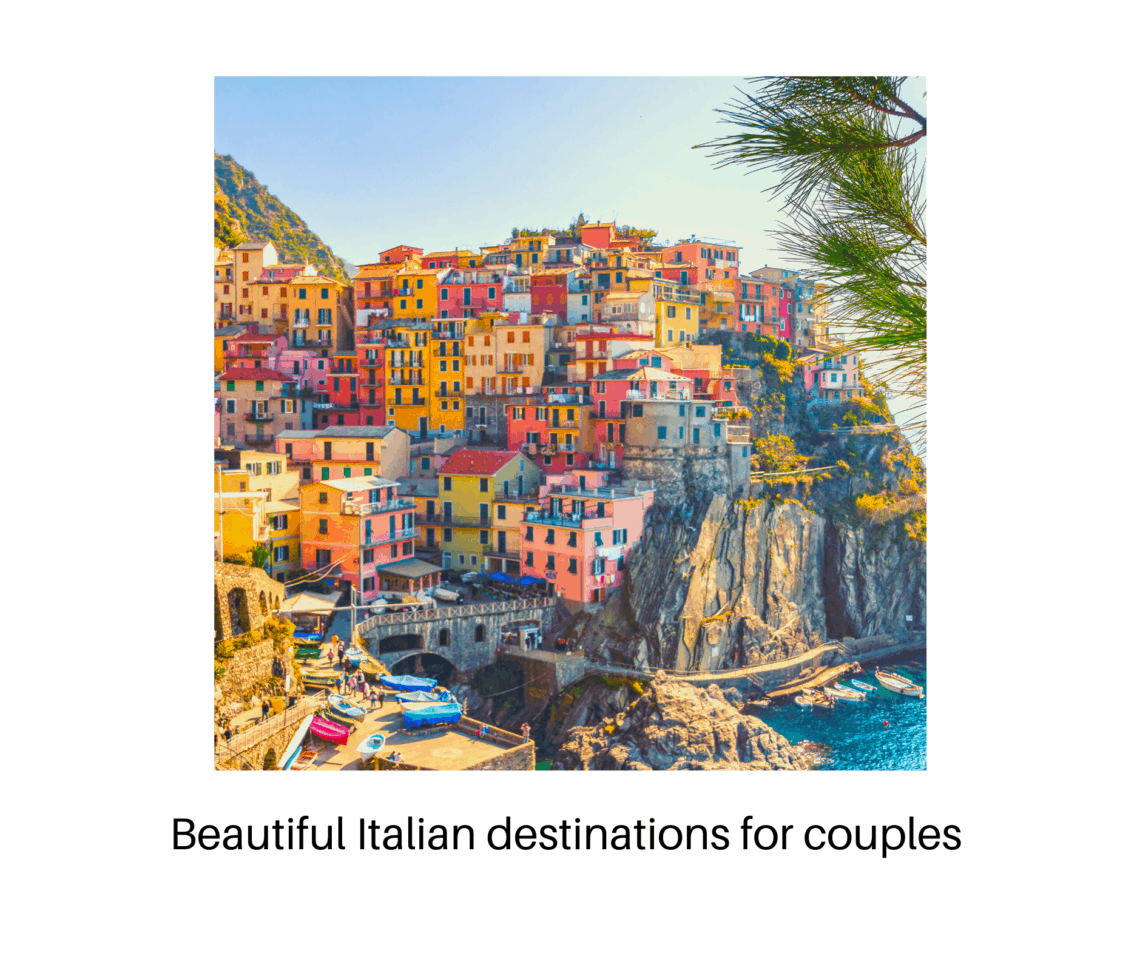 Italy is open to tourism once more! Historic cities and stunning scenery await you, including lots of less well-known destinations that are ideal for couples who want to escape bustling cities, enjoy romantic sceneries, and fine wining and dining. Some of these places are less known abroad and more well-known amongst Italians. Therefore, they may be fewer English-speakers and it might be useful to learn some of the local languages before leaving. You can learn some Italian using apps such as Babbel that offers its first lesson for free and is very interactive, making lessons fun and easy to digest.

Pack your bags with sunscreen, a hat, and you’ll be ready to jet off to this marvelous country! Make sure you make room in your stomach too.

Here are some of the best Italian destinations for couples:

THE ISLAND OF PONZA

Escape the busy streets of Rome or Naples for the island of Ponza, a volcanic outcrop boasting Roman and Etruscan remains blue grottos and a superb coastline. Explore by bus, boat, car or scooter, browse the shops in the lively town center, and raise a glass of wine each to the sunset over the sea. Hiking trails carry you upwards for stupendous views while relaxing beaches beckon below.

The Amalfi coast is another breathtakingly beautiful area. It includes some pretty fishing villages, such as Praiano, between Amalfi and Positano, and close to Capri. Winding pathways and steps lead to the majolica-tiled fifteenth-century church of San Jennaro, patron saint of Naples, while the piazza hosts the annual festival of light in mid-summer. Take the steep Footpath of the Gods past Saracen ruins for the best panoramas, or get an alternative perspective from a boat, and end the day with a traditional seafood meal.

The lovely city of Verona offers Renaissance architecture and a first-century Roman amphitheater that’s still in use. Shakespeare set Romeo and Juliet here, and the designated balcony, where Juliet is said to have waited, is now a mecca for those lucky or unlucky in love. There is an expectant atmosphere among the hopefuls in the small courtyard, many of whom pin notes to the walls.

Lake Como is the third-largest of the northern Italian Lakes, and one of Europe’s deepest. Its dramatic scenery and historic villas, dramatically framed by the Alps, make it impossibly romantic. Boat trips are the obvious way to get around, with towns and beaches well worth a stop, before a lakeside meal to round off a memorable day.

Tuscany’s region of Chianti lies between and around Siena and Florence, among rolling hills carpeted by vineyards, and dotted with olive groves, stylish houses, and pretty villages. Discover Renaissance villas and crumbling castles along roads lined by graceful cypress trees. End the day by toasting each other with a glass of a well-known local red wine!

Rome’s romanticism is rooted in its long history of empire and influence, leaving much for today’s visitors to discover, and memories to take away. The Forum was a meeting place in ancient times, and it’s still a magnet for friends and lovers today. For an atmospheric experience of ancient life, head out of town to Ostia Antica (the train-stop before Ostia Mare beach resort). As a Roman city abandoned rather than destroyed by a disaster, it’s well-preserved but crowd-free.

Sicily’s capital Palermo also has the romance of past civilisations, their influence still apparent today. As an island, Sicily was often invaded, opening it to a variety of cultures and religions. All have left their marks in architecture, cuisine, customs, and language, making Palermo a welcoming city with a rich history, perfect for couples to explore.

Venice is the ultimate romantic city, with its narrow streets and hidden passages. Part of a network of islands, it’s at its most mysterious when sea mists descend over the lagoon and wrap the palazzos in silence. On sunny days, you can sit arm-in-arm on a waterbus to follow the setting sun along the Grand Canal. By then, the day-trippers will have gone, leaving you to experience its unique atmosphere.

Recent events may have made you wary about travel, but if you take note of the precautions in place in Italy, and follow the health regulations, you and your partner can enjoy the Italian romantic break that you really deserve!

In collaboration with Emily Jones