It is with the saddest of hearts that I’m writing this post. We have made the decision to rehome our dog Kya. Not because she has done anything wrong but because we cannot give her all that she needs. Now it may look like we have given up and taken the easy route out but I can assure you we haven’t.

We got Kya when she was a tiny little pup shortly after we lost our first dog Milo. She instantly filled our life with joy she is such a bouncy happy dog. Then we found out we were pregnant with Ava we knew that Kya wasn’t going anywhere. Many people were shocked at our decision to keep her as she was a bundle of energy and asked how were we going to care for both a baby and a very hyper dog. 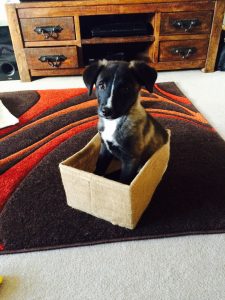 Ava and Kya have such a special bond we can often find them both cuddling up in Kya’s dog bed together. The two of them are like best pals and this is one of the reasons our decision to rehome her hasn’t been an easy one. 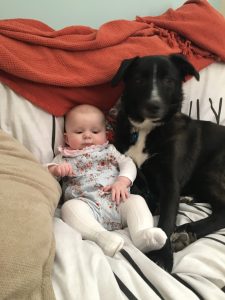 If you were to think of the perfect family dog you would think of Kya. She doesn’t mind the kids being all over her. She is so gentle when it comes to the children.

Then we found out we were pregnant with Alby again we didn’t have any thoughts about rehoming her. As I was getting more and more pregnant. I struggled to walk her she had a tendency to pull when I walked her so I had to stop taking her for walks and Jordan talk on all walking duties. Which if I’m honest is something I have really missed doing .I don’t think I have walked her more than 5 times since being pregnant with Alby. As now taking a baby, a toddler and a dog on a walk is hard work, especially round a busy housing estate. 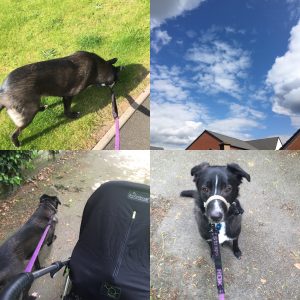 We had made changes to our house so that Kya had more of a run of the downstairs when we were out . As we were getting a little concerned with her just being kept in the kitchen. We were both at work which meant she was being left alone for longer periods of time. We have a camera set up in our front room so that we can see what she’s up to when we were out. As we were a little concerned she may wreck the place. As once she did pull some of the kitchen floor up. She did nothing though she was really good and hardly came out of the kitchen.

One of the biggest things with Kya is that she hates the car. We have tried so many different things to make her like the car and non of them work. It either ends up in her drowling the whole way and panting loudly or she is sick everywhere. This meant we could never take her anywhere nice to have a run around. Where we live there isn’t really anywhere within walking distance we can take her. So it meant she was just having walks around our estate.

So I bet your thinking why are you rehoming her she sounds like the best dog. That she is we just cannot give her all she needs which saddens me to say. With two young kids in the house she is now not at the top of my priority list. Which may sound really harsh but it’s true. Which means most days she doesn’t get the big walks she needs. I have noticed increasingly she sits in her bed all day out the way of the kids as she doesn’t want to be harassed. 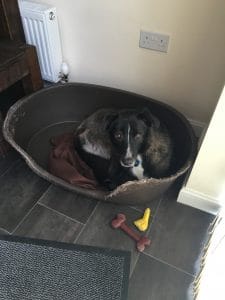 The biggest thing is when we have people over she is really hard work. She gets so excited she will wee everywhere and go crazy. By crazy I mean jumping up everyone and all over the furniture and generally running around like a crazy dog. This has meant that a lot of people now don’t come to visit us and we have to go to them.

My mom who broke her Ankle nearly two years ago wont come over at all as she is scared the dog will knock her over and hurt her ankle. If I’m being honest I think we have failed Kya we should have trained her more and I think if we didn’t have the kids we would have more time to do things like this. I know it’s not an excuse.Kya means no harm when she is excited but it has put so many people off visiting us.

Ultimately we have failed her and we have come to the decision we cannot give her what she needs. She needs to be with a family that can give her the long walks and all the attention she wants and deserves.She shouldn’t be the bottom of the pile she should be at the top as she is a fantastic dog. Like I said earlier we haven’t taken the easy way out and it’s not a decision we have made over night. We have been thinking about it for over 6 months. I feel sick and generally crappy over it but I know it will be the best thing for her.

A dog is for life and although she wont be in our home for life she will always be in our hearts. I’m so sorry Kya we couldn’t give you all you needed but we have rehomed you so you can have the life you deserve. 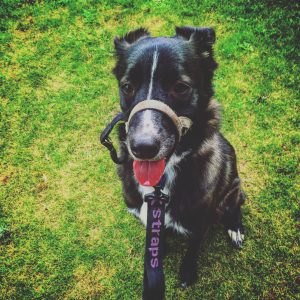 We have picked the place were going to send Kya to be re homed it’s called Sunnyside Kennels. It’s a lovely place and somewhere we have been to look at dogs before we got Kya. I will let you know how we get on. It’s not going to be an easy or a nice thing to do but it’s the right thing to do for her. 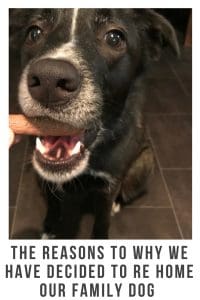 Moving up the property ladder and buying our forever home

Adding some colour to your garden during the winter months